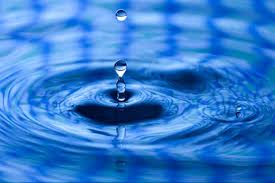 Dealing with Hair and Chlorine.
When someone brings up the subject of hair and chlorine most of us invariably assume that this is a discussion for those who swim a lot, especially anyone with blonde hair.

And in most countries that assumption would be accurate.
Unfortunately Japan’s water supply is kept bacteria free and “safe” to drink by the addition of what appears to be a very heavy concentration of added chlorine.

I can’t remember how many newcomers to Tokyo have remarked to me over the years about the sudden dryness and unmanageability of their hair in the first few months of moving to Tokyo.

Chlorine I’m sure is the lesser of two evils when it comes to having it in
your water supply over having billions of micro organisms, with the potential to make anyone consuming them sick or worst.

That being said,  I also believe some small strategies need to be implemented
on a personal level to combat it’s negative effect on ones hair.

I have not only felt the drying effect this chemical has on hair but also seen some very strange dis-colorations that I have never seen elsewhere, particularly in blondes, which are like the “canary in the mine” when it comes to early detection of anything destructive to hair, in particular chlorine and metals such as Copper (turning hair blue/green) and Iron (turning hair orange).

Don’t laugh, I’ve seen two examples of this in the past three weeks.
Enough about what the problem is, let’s move onto a couple of things you can do to counter these effects.

Two shampoos with a deep cleanser , leaving the second shampoo on your hair for 3~5 minutes, aids in removing build up from products you use daily to style your hair and/or silicones found often in conditioners as well as chlorine and to some degree heavy metals that may also be absorbed from the water you shampoo your hair with. We have these shampoos at Gold if necessary.


2) This step is easier performed as the weather gets warmer and that is washing
your hair with the coolest temperature you are comfortable using.
The hotter the water, the greater the opening of the hairs cuticle layer and then the deeper the absorption of any unwanted trace elements found in the water you use.


3) Last but most definitely not least, the changing of your shower head to one with a built in filter. You may lose a little water pressure but I’m sure you’ll notice a large improvement in not only how your hair feels, but also your skin as well. I use at home and recommend “The Crystal Shower Head”.

This filter removes twelve different chemicals, heavy metals and chlorine as well as dangerous bacteria and micro organisms.
Made in the U.S.A, the Crystal fits easily to most Japanese standard shower fittings. Just screw off your shower head and screw their’s on. The filter will last you about six months.


Get yours on Amazon, EBay or Rakuten with overnight delivery (click the link below),
no I’m not on commission with these guys, but come to think of it, I should be!
http://global.rakuten.com/en/store/ie-caquashop/item/shmishc/?s-id=borderless_recommend_item_en
tweet